As the three women in traditional Chinese outfits stood meditating, half a dozen thugs were tearing apart their golden Chinese New Year float behind them.

Practitioners of Falun Gong (also known as Falun Dafa) in Mexico City’s Chinatown face a difficult enough time owing to the control exerted in the area by the Chinese Embassy, but Feb. 5 was the first time the embassy had hired thugs to suppress them in broad daylight.

After the men finished tearing down the banners, cutting the slender ropes, bundling up the handmade lotus flowers, and balling up the anti-persecution messaging, they began carting it all off.

The thugs, who witnesses said were transported in vans belonging to the government of Mexico City’s Cuahutemoc District, struck on Independence Street, next to Chinatown.

A three-minute long video of the incident made by La Razon newspaper in Mexico has been uploaded to YouTube.

At 2:04 it shows a man known as Héctor López, a representative for local merchants in the area. He runs several restaurants in Chinatown and has been known to the Falun Gong community for years; he has previously admitted to them that part of his job is to keep Falun Gong out of Chinatown, on behalf of the merchants he represents, who receive pressure from the Chinese Embassy.

The merchants are told that if the Falun Gong presence in Mexico’s Chinatown is not suppressed, they will have difficulty traveling to China to stock up on their wares.

An employee of the Cuauhtemoc District, the part of Mexico City where the thugs are believed to have originated from, had admitted to the Falun Gong community two years ago that there was an agreement to the same effect between the district and the Chinese Embassy.

Mr. López in this instance was the one guiding the thugs as they assailed the stationary float, according to eyewitnesses interviewed by The Epoch Times.

The video also reveals that the incident took place under the watchful gaze of the police. Gerardo de la Concha, a political columnist in Mexico who is supportive of Falun Gong, said they “did nothing. Then later said they felt too intimidated by the aggressiveness of the strike group.”

“We hope more local residents in Mexico City will understand how good this practice is and stand up against the violence. We urge Mexican authorities and police to investigate the incident and bring the criminals to justice.”

The spiritual discipline, Falun Gong, has been persecuted in China since 1999, after the Chinese Communist Party (CCP) decided to target the group because of its large size and independence from the Party. CCP embassies and consulates seek to pursue that campaign around the world to the extent that local conditions permit.

The attack also reminded some of the lawlessness practitioners are subject to in China. “I feel very sad because I come from China, I love my culture,” said Li Xuhong, a Falun Gong practitioner who was present when the float was demolished. “Fortunately, I am a Mexican citizen and I am doing this practice freely in this country, but if I was in China, maybe I would already be dead from persecution there.

“I do not want that to happen in this country too,” added Li. “Here we have human rights, freedom of expression, and freedom of belief.” 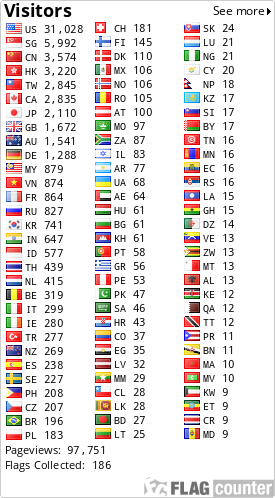